Making Any Terminal Command Into a Background Service Daemon

This guide will show you to make a bash script that is self aware about it's location on the file system and therefore able to be used as a global terminal command from any current directory.

The bash script will also have the ability to save a .pid file, read from the file, and use the file as necessary to send basic signals to the background running process. The script will collect any output from the running process to a log which you can monitor with tail.

Don't forget to give the file executable permission with this command.

Now open the file in your favorite text editor and lets start putting our script together. It might be beneficial for you to leave a terminal open so you can play with your script as we go along.

The script must contain this on the first line to tell bash what script interpreter to use. In this case we're using bash of course.

Next we setup a way to handle arguments for our command. In this case we want to show usage information when someone doesn't provide any arguments but also provide basic arguments that are known to most people like -h and -v for help and version information.

At this point you can run ./servicedaemon from terminal and see the usage information pop up.

Login to SSH Faster and With Greater Security: The SSH Config File

If you're like me you need to login to multiple servers via SSH on a daily basis. For many years when I was younger I typed in the whole IP or hostname of a server everytime I wanted to login to that server. After learning how to use the ssh config file logging into your SSH machine can be cut down to just a few keystrokes.

The SSH config file is always in ~/.ssh/config

Here's a template you can use.

You can create as many entrees in the file as you like.

When I type in ssh alias in the terminal it will simply connect to example.com as user.

Notice how I use the second alias under the host option simply "hp" which allows me to shorten the entire command to just the above. Easy and simply way to speed up your development.

With OpenSSH, port forwarding is configured using the -L option.

You can initiate a port forwarding operation with this command:

In this example we are telling OpenSSH to open port 80 on the current machine to example.com on port 80 from the server we are connecting to. In this case the server is technex.us.

Don't forget that anyone can connect to this port on your machine so you might want to limit connects to localhost by telling OpenSSH to listen on a specific IP. In this case you can specify 127.0.0.1 like so:

Since this is OpenSSH you can actually use the alias you specified in your ~/.ssh/config file.

I talk more about the OpenSSH config file here.

Building on top of that guide if you want to maintain a port forward everytime you connect to a specific machine you can use this syntax:

Now you can simply type in ssh alias in terminal and be connected with a port forward.

In Firefox on linux middle mouse click pastes by default. To fix it set these things in about:config

Get the Linux version of Steam and enable this in settings 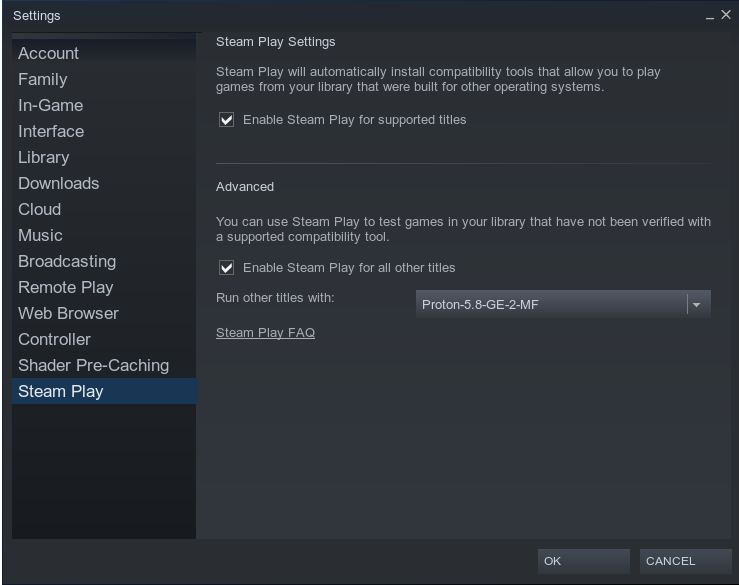 This will unlock the ability to download and install any title even if they are Windows only titles.

Now you'll be able to enable a custom compatibility tool in the settings for the game. 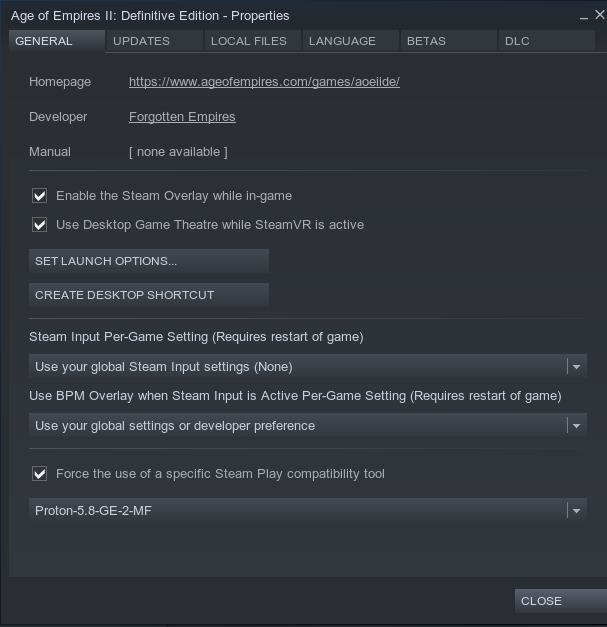 I've been playing the game with Proton 5.8-GE-2-MF which you can get at https://github.com/GloriousEggroll/proton-ge-custom.

You will also need to delete these files to avoid lockups from playing wmv files in-game. Otherwise the game runs flawlessly.

If you are having issues make sure you have the most recent version of DXVK, Proton, Wine and your video card's driver.

Sometimes when you want to emerge something or upgrade something you will have dependency slot conflicts like this example.

To fix this problem you'd need to emerge all kde-frameworks/* packages you currently have installed to upgrade them all at once since it's all part of one framework.

The following commands let you do so with ease.

The output of which you can send right into emerge like so. 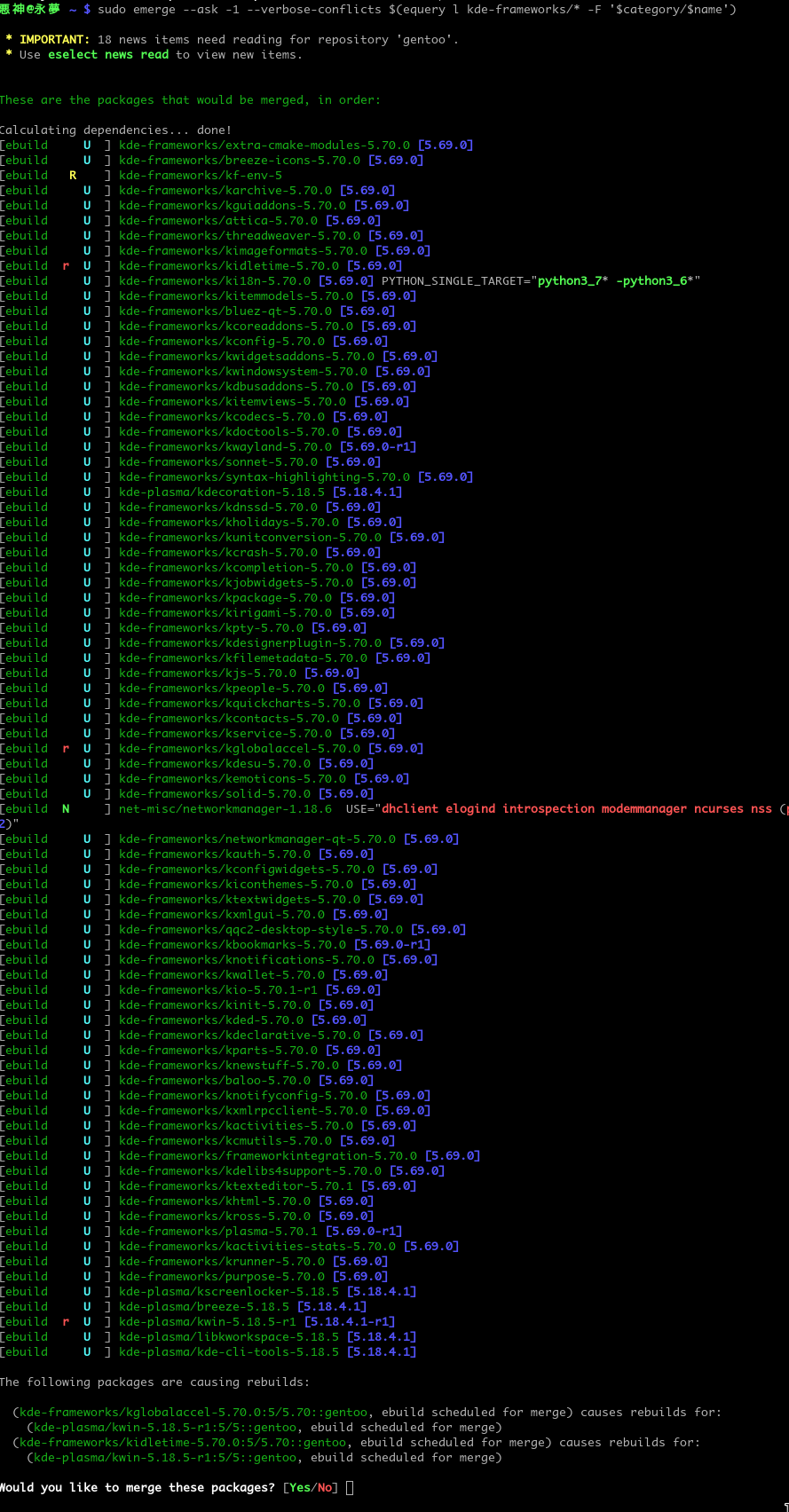